There are so many fat bearded dragons that it is becoming the ‘norm’. Overweight reptiles are open to serious health issues. When it comes to bearded dragon fat, there is no safe zone in the fat range.

In the wild, all reptiles have to search for food. In captivity, this is seldom the case, and ready food access predisposes to obesity.

How do I know if my Bearded Dragon is too Fat?

4 serious reasons bearded dragons should not be overweight:

Fat bearded dragons are no accident, this is something that has built up over time. 6 influencers on becoming overweight include:

We tend to see rapid growth as a mark of being an excellent keeper, however in turtles it has been demonstrated there are detrimental effects.

Wild Environment Vs Captivity and Impact on Weight

Feel bad putting your bearded dragon on a weight loss program? Totally understandable, but allowing them to be fat is misplaced affection. We have an emotional attachment to our pets and we often relate the word ‘diet’ to meaning we will be depriving them of something. Let’s switch this around.

In the wild, bearded dragons are not fat. For juveniles a reasonable sized insect can be an entire meal (Wotherspoon and Burgin 2016) and it takes energy to be spent to get the food. They adjust their diet according to their age, gender and size. For example, a large male can be pretty much herbivorous (Wotherspoon and Burgin 2016) and he will likely spend energy patrolling his territory.

Bearded dragons also brumate in the wild. During brumation fat reserves are used.

In captivity we provide them all they can eat in a single sitting, sometimes multiple times a day. They do not have to travel any distance, perhaps a few inches from one side of their habitat to the other. This is a human way of doing things, it will only cause them discomfort and eventually end up seeing that manifest in vet bills.

Bearded dragons are often accused of being lazy, but they are simply doing what all animals are programed to do, conserve energy when it doesn’t need to be spent.

How do I get my Bearded Dragon to Lose Weight?

Onceit is overweight, with a metabolism slower than us mammals, it will take longer for a bearded dragon to lose weight.

The steps to losing weight below are intended to be combined. Implementing more than one will help your bearded dragon to lose weight faster.

Rapid loss of more than 10% of normal weight is an indicator of illness and needs immediate attention. Consult your veterinarian for advice on obesity and weight loss for your bearded dragon.

Here are 5 easy steps to help your bearded dragon to lose weight that will get the results.

1. Slow down how quickly your Bearded Dragon is eating.

Putting food in a bowl helps us keep everything that will be consumed in a neat pile, easily accessible. However, bowls modify eating behaviors and it becomes very easy to eat large volumes of food in a short amount of time. Increasing the time it takes to get food in the day restores a normal part of a bearded dragons natural daily activity as it would in the wild.

Don’t use bowls. Stacking food makes feeding time too quick and boredom may set in. We see that and it is easy for us to fill that void with more food.

Use a very large plate (pot plant base will do) to spread food out on, or use other techniques to feed. This is my favourite trick for all animals. The further you can spread it out (within reason) the better.

Another technique for increasing the time your bearded dragon is occupied, in the post on tricks to getting your bearded dragon to eat greens, is hanging bunches of leaves that can be cropped from. This is a more natural behaviour and as such should also provide a more mentally and physically stimulating environment.

Rather than cut vegetables into cubes that can be swallowed without much effort, cut slices that take a little more effort to eat. Crunchy foods are also good for preventing periodontal disease. See the post on bearded dragon teeth and disease.

Note that if you are feeding live insects in the bearded dragons house, don’t leave them in with it after feeding has completed. Some insects can become the predators (like crickets).

2. Change the diet, nothing gets fat on greens!

Chances are, you are feeding foods with a high fat content. To get your bearded dragon to lose weight, it is a given that foods high in fat and sugar need to be either reduced or taken out of the diet.

Feeders referred to as worms (i.e. mealworms, black soldier fly larvae, etc.) are actually larvae which are high in fat. Heavily reduce the feeding of larvae. Let them turn into beetles which are half the fat and then feed them. On a side note and just as a matter of interest, beef has a higher fat content than mealworms (Finke, cited in Van Huis et al., 2013).

Reduce fruits in the diet and increase the percentage of dark leafy greens, flowers and gut loaded insects (Boyer, 2015).

To speed up the weight loss a little more, offer dark leafy greens daily but leave a day or so in between feeding insects and other foods. Alternatively don’t feed at all for a couple of days in a week. Assuming your bearded dragon is healthy outside of being fat (or obese), do not worry if it refuses any foods other than those which have led to the condition in the first case. Sometimes habits take a little while to change and being hungry is a good incentive.

3. Now it takes longer to eat, reduce the quantity.

Now that the feed is spread out and takes longer to consume, you can cut down the food except for greens. By the time it has finished eating it won’t be giving you that look that we interpret as ‘give me more’. If it does, then spread the feed out more so it takes even longer. Ensure your bearded dragon must move around, exert more effort in order to feed.

Sedentary adults that are not reproducing can be fed every second day while losing weight, at least during winter when they should be eating less. While this isn’t a big stretch for reptiles, be cautious this does not increase stress. Bearded dragons aren’t binge eaters like some reptiles which eat a large meal all at once and don’t need to eat for another week.

4. Allow your bearded dragon to brumate, it uses fat reserves.

Set up the conditions to allow brumation to occur as it would naturally in the wild. Several studies show that numerous lizards lipids (fatbody reserves) are used in reproduction (vitellogenesis for females and spermiogenesis in males) (Derickson 1976) and during brumation (Boyer 2015; Derickson 1976). Brumation is a time for natural weight loss, when the excess fat is used to support the winter sleep.

Schedule your annual vet check up before brumation. Only healthy bearded dragons free of parasite loads should be brumating.

5. Fix the environment: enrichment makes a difference to weight

Bearded dragon fat is not completely an issue of the wrong diet, activity is also key.

Environments that provide enrichment and encourage natural behaviours have been linked to more activity, leaner condition and longer lives. It’s a win for both pet owners and a great addition to the plan to help an overweight bearded dragon lose weight (Rossi 2006). An enriching environment is cheaper than providing manufactured pet accessories and a key to reducing stress. More in the post on environmental enrichment and accessories.

Bearded dragons, like other reptiles, can sustain themselves over long periods of time without food such as may occur during brumation. O’Malley (2008) and Stahl and Donoghue (2010) warn of some causes of starvation including:

If a bearded dragons is thin it will start to use its fat reserves. Once the fat reserves are gone, the body will turn to the muscles and they in turn will become degenerated. At this point the bearded dragon would be considered emaciated.

For a medically qualified assessment of your bearded dragons condition and treatment plan, seek veterinary advice.

5 Ways to Tell if Your Bearded Dragon is too Skinny

You know your bearded dragon is too skinny if its:

Fattening up a Skinny Bearded Dragon

Perhaps fattening up a skinny bearded dragon isn’t the best choice of words since getting ‘fat’ is not the objective, maintaining a normal healthy weight is.

5 steps to progressing to a healthy body weight are:

The same body condition scoring used for mammals, is also applied to reptiles. Scale ranges from 1 (emaciated) to 5 (excellent condition) or 9 (grossly obese). To assess a reptile for body score palpate the tail, pelvic muscles and fat bodies (Gibbons, 2009).

Reptiles should have “muslce and fat over bony protuberances” (Divers and Mader, 2015). 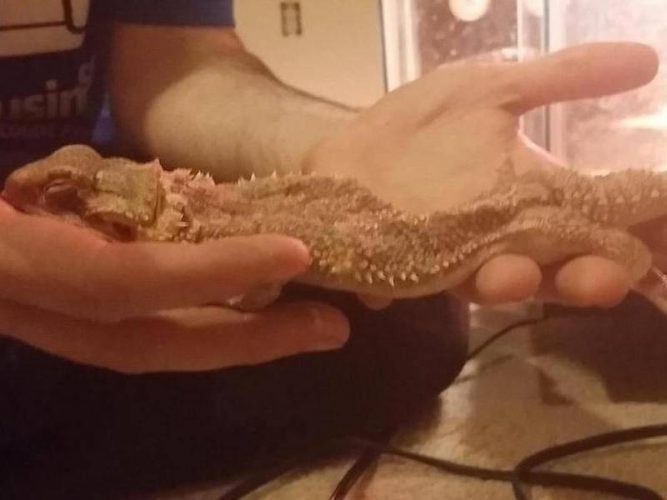 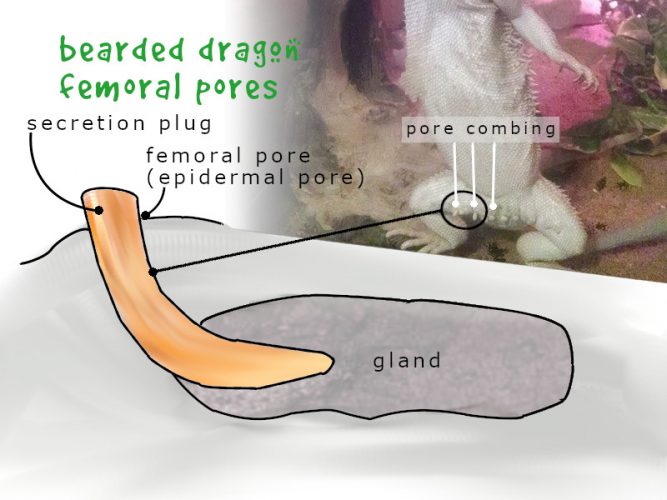 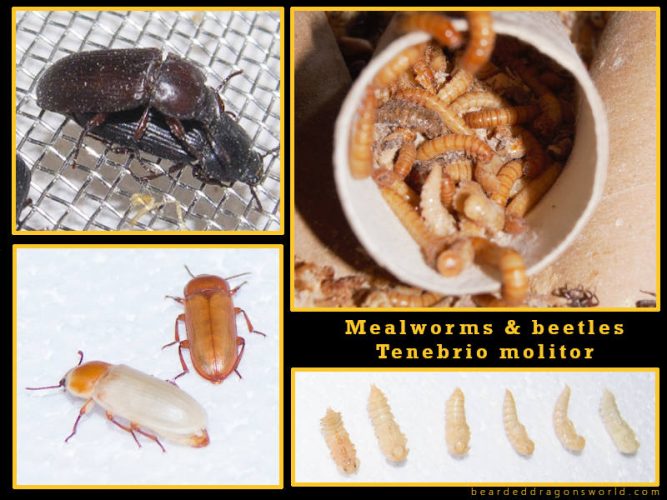 That first picture is so funny